I am particularly interested in Women Tech Communities since I heard about Girls in Tech (GIT) in China, Shanghai. So I was curious to learn more about these two other groups.

About GirlzinWeb (GIW)
Celina Barahona, from GIW explains that unlike GIT Paris that is mostly for Women founders -and born in Silicon Valley-, GIW is a new Parisian inititiative and gathers all kind of profiles of women working in the Digital industry. About 60% of their members are emloyees while 25% are founders, CEO or self-employed. Initially the ideas was to help women be more represented in the media as Digital experts, but after their recent members survey they pivoted to give to their community what the community wanted: more networking, training and “Best Practices” sharing.
I wonder if it is something typically female: focusing on knowledge sharing. In Beijing I am the one who initiated a meeting between all Grassroot Tech Event organizers, because I value other’s experiences and just think, it is so much easier to work together rather than each of us in our side. Is it a coincidence that a woman took this initiative?

About Women’s World Wide Web (W4)
The other network was W4, working in the social field, against the gender Digital Divide. Social is a traditional field for women, many women founders usually create a business related to social responsibility. I don’t have numbers but I feel like most women founders will tend in this direction. Lindsey Neflesh-Clark, the representative of W4 is a very dynamic and passionate girl, explaining how a trip to Philippins changed her life and made her believe in Digital technology and Microcredit to empower women over the world.

The networking was very informal and I met a lot of interesting profiles. It was great to meet other women entrepreneurs, heard them talk about their business/passion. At CoWorking Beijing I am surrounded by men entrepreneurs. They are very inspiring but having a bit more X chromosomes would be great! 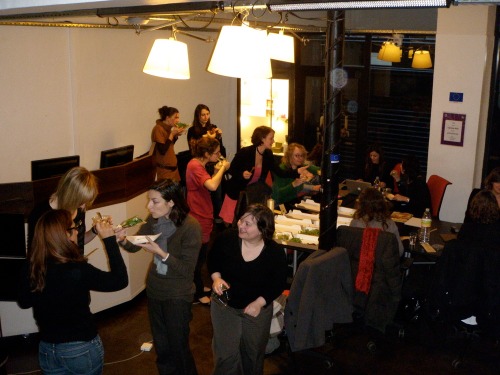 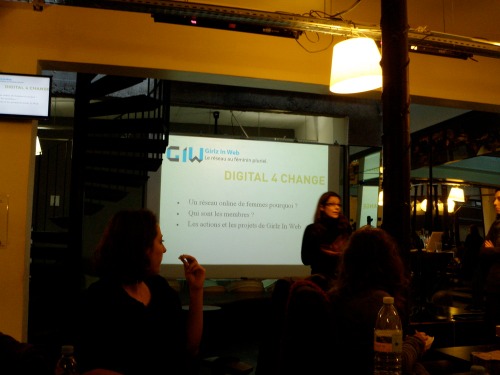 I work in tech since 2008, moved from Reunion island to Paris, Beijing, San Francisco and ended up in Berlin in 2014.
View all posts by Carole (code name 烤肉) →
This entry was posted in Being a woman, Being an entrepreneur, Events, Tech and tagged france, girlsintech, techeventiattended. Bookmark the permalink.