HOG: a tale about Friendship in a big city. 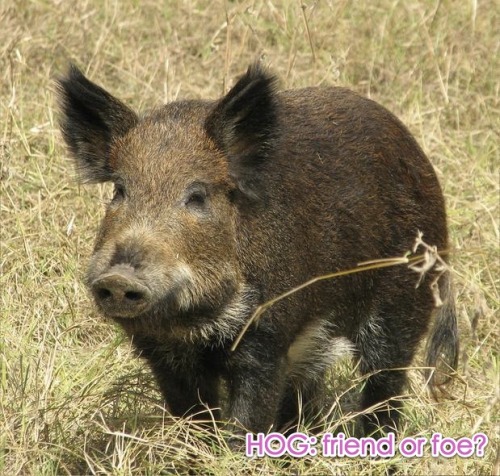 Once upon a time in a strange and bewitching city full of 20+ millions habitants there was a girl looking for a friend.

One day at a party, she met H., they dated for a few weeks, travelled together and had a lot of fun. After they stopped dating she thought she would make the step of asking him to be her ???emergency number???. She had felt lonely in this big city far from her family and noticed he could also use a friend as well. They become each other emergency number and bro. They would spend time together whenever they feel lonely, depressed or just bored. He taught her the magic of how to talk to strangers, break the ice and learn the human nature. Thanks to this lessons she talked for the first time to strangers in the subway and train and turned these strangers into acquaintances. She discovered this new potential and nothing could have been better! But she hadn???t notice the dark clouds coming closer and closer to H. He started being different, hurting her friends and stopped looking after her. She didn't accept nor understood but wasn???t willing to give up on him. So she tried to talk to him to make him change back into what he was before. She tried too hard and the trust on both sides broke down. He cut her off and she cut him off. They never spoke or talked to each other again.

At the end all he needed was some times with himself.

One day at improv, she met O. He was a tall handsome man but she believed he was gay so never thought of him in a romantic way. After several months of improvising together, hanging out, working together.. they started confiding to each other. And she thought they were becoming good friends. So she asked him for help or at least she tried but he completely ignored her. She could have just accept it but she didn't. She got very upset, because she remembered of H. So she got mad and withdraw all her trust from him. For several months. But they kept seeing each other and little by little she was placing her trust back. And when he moved out of the city, she took it personally and once again couldn't accept it. She could have say that he needed him as a friend but she didn't. She blamed it on his unpredictable character and shut him off again. Until she realized she was wrong and that she was the one needing him the most. Like her, there are not so many improviser/entrepreneur who want to change the world after all.

Today they are still friends and exchange news on a regular basis.

One day she saw G. on a stage and almost she almost pee on herself. Yes he was a comedian and a very talented one. Unlike for H. and for O., she quickly felt in love with him. They dated a few times and she realized he reminded her of herself. But the relationship never took off. He was very high guarded and difficult to access, that???s when she realized he reminded her of her dad. After a few months of back and forth, she called the DTR (Define the Relationship) moment and was heart broken when he stated the obvious: it was not serious. Truth is ,she was upset, but she was upset against herself. She asked herself why she let him hurt her and remembered: sometimes it is easier to screw yourself up than to face your real problems. So she sat down to her desk, took off a piece of white paper and start writing. She wrote how much he hurt her over times when she was hoping for more love from him. She wrote that she was mad at him for so long but recently started understanding that there is always 2 sides to a story. And finally she wrote that she was forgiving him and that she never stopped loving him. This letter was for her dad. And from this moment she stopped being sad and miserable and start being awesome again.

And as for G. they stopped dating but eventually become very good friends. After all there can only have a limited number of person on Earth with the same dark side than you.

A good friend of mine once said: ???In your relationship with people, you have to always pay attention to not make they pay for hurts other persons previously did to you???. We are all screwed up, we all have stories, we all think our stories are the worse one, we all got hurt in past relationships. And if you did get hurt by someone I hope this tale will help you understand there is 2 ways to deal with this:

– You can take your pain, keep it inside and hurt make others pay for it.??

– You can take your pain, release it and start fresh.??

If you are the one who hurt, make amend, forgive yourself and move on.

In all case stop the pain, take some time to forgive – others and yourself – and look at your scars from time to time. They will remind you that you don???t want more people – people you love – have the same scars than you.

I work in tech since 2008, moved from Reunion island to Paris, Beijing, San Francisco and ended up in Berlin in 2014.
View all posts by Carole (code name 烤肉) →
This entry was posted in Uncategorized and tagged life. Bookmark the permalink.

4 Responses to HOG: a tale about Friendship in a big city.